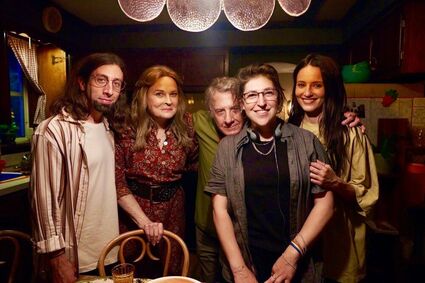 (JTA) - Mayim Bialik has become arguably the most visible Jewish face on TV, thanks to her gig hosting "Jeopardy!" and her presence on ever-present "The Big Bang Theory" reruns. But for her latest project, "As They Made Us," Bialik stepped behind the camera to write and direct a semi-autobiographical, low-key melodrama about a Jewish family encountering death and dysfunction.

Will it have tearjerker moments? Well, it is produced by Chicken Soup for the Soul (via its film distribution arm, Screen Media).