The women who built Israel with hands and hearts 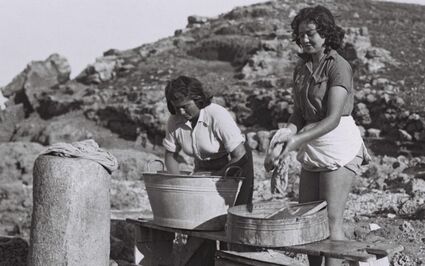 Members of Kibbutz Sdot Yam doing their laundry against the backdrop of ancient Caesarea in 1941.

(ISRAEL21c) -This year, the theme of International Women's Day is #BreakTheBias. Which is terrific news, as women every where still face discrimination and prejudice in matters big and small.

In hope for a gender-equal world, we'd like to take a moment to celebrate the women who helped turn Israel into a flourishing country.

According to historian Prof. Margalit Shilo, women in pre-state Israel began their pioneering, gender-expectation-renouncing work in the early 20th century.

One of the first examples was the Women's Farm established in 1911 on the shores of Lake Kinneret in northern I...