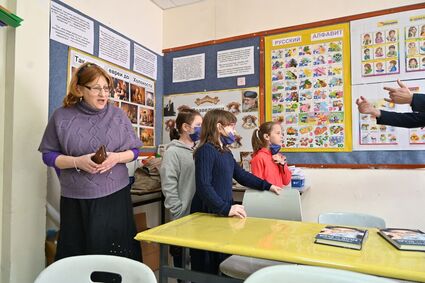 "Everyone spoke Hebrew and I didn't understand anything," she recalled, weeks after fleeing her native Ukraine for the safety, but unfamiliarity, of Israel.

Then her mother heard about a school focused on new immigrants where 90 percent of students speak Russian. She quickly enrolled Veronica in the Shuvu Renanim school in Nof Hagalil, a city of 41,000 in the Galilee where an estimated 60 percent of families speak Russian at home.