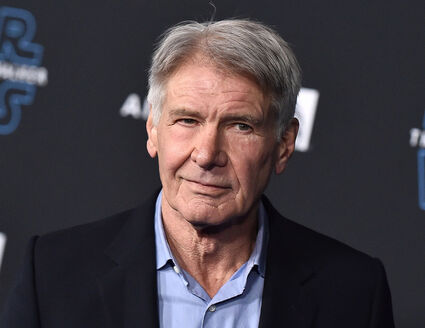 If I only knew that this "heart throb" was Jewish, I would have been shocked! I'm talking about actor HARRISON FORD, a longtime favorite of mine. I would also add that he seems to be a favorite of many, seeing that his films have grossed more than $5.4 Billion in North America and more than $9.3 Billion worldwide. He is the seventh highest grossing actor in North America.

Harrison was born in Chicago, Illinois, to a Catholic father and an Ashkenazi Jewish mother. His ancestry traces back to German Irish descent on his father's side and Minsk, Belarus and the Russian empire on his mom's side. When asked what religion he is, his answer is "as an actor I've always felt Jewish."

Director Steven Spielberg was the influence for Harrison's "Indiana Jones" portrayals. Actually, Harrison was very shy and didn't study acting until his senior school year. But he eventually became fascinated with acting.

My middle son is a psychologist who says that I have the mentality of a 7-year-old! (He meant it as a put-down but I take it as a compliment!)

The reason this comes to mind is another entertainer I've always enjoyed but never, ever thought she was Jewish!

I refer to the fabulous comedian, MAYA RUDOLPH, whose mom was African-American and her dad was an Ashkenazi Jew (like me.) She was born in Gainesville, Florida.

I always enjoyed her when she was one of the talents on Saturday Night Live, and I miss her now. Her name "Rudolph" was changed by her great-grandfather who was born in Lithuania. It was originally Rudashevsky.

(Aha! If I first saw her on television with the name Maya Rudashevsky, I wouldn't have been so shocked now!)

Wow! What a surprise to learn that "Harry Potter" of movie and television fame is Jewish! His name is DANIEL RADCLIFFE.

Daniel made his acting debut at age 10 on BBC television. (He was born in England.) I never noticed him until he became super-famous as Harry Potter!

His Jewish mother was born in South Africa, and traced her ancestry to Jewish immigrants from Germany, Lithuania, Poland, and Russia.

He was an A-student growing up and now a fabulous actor!

(What a super-bright people we are!)

I received this letter from BRIAN SHANKMAN, strategy director for National Affairs for AIPAC (a bipartisan American organization that advocates for a strong U.S.-Israel relationship.) ...

"Often, we see Israel struggle in the face of threats no other nation must confront, and we wonder whether it is possible for us to help from such a great distance. The answer is YES! We can have a substantial impact on Israel's safety.

Here's why: Israel's ability to defend itself depends largely on the tangible support of the United States. And you and I have an important role to play in advocating for a strong U.S.-Israel relationship.

Today, I am asking you to join us in that mission: to use your voice to ensure America continues to stand by Israel.

And with elections this November, which will install a new Congress - whose decisions will significantly impact Israel's security - I'm asking you to raise your voice right away.

(That's why I'm submitting this letter I recently received for all of us to read.)

Here's the situation: Congressional turnover is soaring. In the last two midterms alone, a staggering 178 new members were elected to Congress (one out of every 3 members), and since 2008, turnover has reached 69 percent of the Senate and 75 percent of the House.

Each time a member of Congress retires or is challenged, the pro-Israel community must meet with and educate every viable candidate (over 420 in recent elections) to share AIPAC issue memos and policy publications, to collect position papers on their views of the U.S.-Israel relationship, and more.

This is especially vital given that most new members of Congress come to Washington with little or no foreign policy experience. Most come from districts with relatively small Jewish constituencies, and virtually all are focused on domestic issues.

We must work with Congress to pass a full legislative agenda amid political dynamics that will greatly challenge the bipartisanship on which the U.S.-Israel relationship relies.

If we don't, attention to the vital U.S.-Israel relationship may fall by the wayside, losing out to the hyper-partnership on other issues and leaving Israel virtually alone in the world. That would be devastating, as there are many challenges ahead where American support will remain vital to the safety and security of the Jewish state, and to American interests abroad.

Just look at the region today:

To Israel's north, Hezbollah has an arsenal of more than 150,000 missiles and rockets ... some of which are capable of precisely targeting any location in Israel. Last August, Hezbollah fired 22 rockets at northern Israel. A Lebanese man filmed the terrorists launching rockets from his neighborhood, right next to people's homes, using him and others as human shields.

To the south, Hamas fired 4,300 rockets at Israel over 11 days last May. Hamas co-founder Mahmoud al-Zahar said the goal was "to attack the Israeli targets at very important points, including most of the overcrowded area in the civilian society." Hamas also sent waves of firebombs (burning 3,200 acres across southern Israel) and fomented riots at the Israel-Gaza border, even sending children outfitted with military equipment to participate.

In the northeast, Iran has begun enriching uranium to 60 percent purity while restricting inspectors from fully monitoring Tehran's nuclear program.

And globally, international forums like the United Nations continue to discriminate against the Jewish state. In recent meetings, the U.N. General Assembly has voted to adopt more resolutions demonizing Israel than against all other nations combined.

There is more to the letter from AIPAC, but I must stop now as I am feeling sick to my stomach at this point. (And those who know me, know that my stomach is not tiny. OH SHUT UP!)

AIPAC is not asking for donations. Important legislation that will help affect the security of America and Israel is at stake. In the months ahead, we must be ready to work with Congress to:

Stand against the growing danger from Iran by increasing pressure on Iran to end its illicit funding of terrorism and pursuit of nuclear weapons.

Support and expand peace agreements between Israel and the Arab and Muslim world, through passage of the bipartisan Israel Relations Normalization Act.

Oppose anti-Israel discrimination. From biased resolutions at the United Nations to economic attacks via the boycott, divestment and sanctions campaign, the U.S. must stand with Israel against these efforts to undermine our strategic partner and ally.

On May 10th at the Roth Family JCC, and on May 11th at SOJC, there will be a community-wide Yom Ha'atzmaut celebration of Israel!

The guest speaker at both events will be Lt.Col. YARON BUSKILA, retired commander of the Israeli Defense Force.

Phone for further details and times.

The following information comes to us from NANCY LUDIN, CEO:

The 10th Annual Golf Society Tournament will be held May 1st at the Rosen Shingle Creek Golf Club. Hosted by The Jewish Pavilion and benefitting the Orlando Senior Help Desk, this popular tournament offers golfers grab 'n' breakfast, a round of golf, a catered lunch outdoors, and live auction. All tournament golfers receive a $40 Shingle Creek return play coupon. 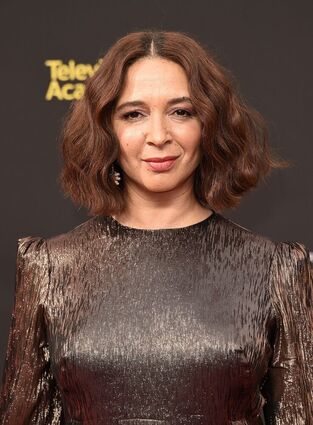 Raising funds for Jewish seniors is par for the course. Registration costs $150 per person or $600 a foursome. Businesses can purchase sponsorships and/or advertisements.

These two words, Chutzpa and Kosher can come in handy no matter what your religion. For instance:

Chutzpa means unmitigated nerve or gall. A man goes bankrupt, takes a cab to the creditor's meeting, and invites the cab driver in as one of the creditors. That's chutzpa!

The original meaning of kosher is "fit to eat" and ritually clean in accordance with kashrut, the Jewish dietary laws. But in American slang, kosher means legitimate, proper, the real thing, etc. for instance: "The deal is kosher. No worries," said the crook to his buddy.