Why do the Utah Jazz, in the Mormon capital, play 'Hava Nagila' after wins? 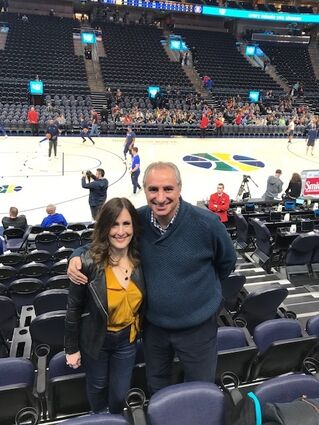 Rachel Picado and Eitan Naeh at a Jazz game.

(JTA) - A few years ago, Rachel Picado attended a Utah Jazz game in Salt Lake City with Israeli diplomat Eitan Na'eh, who was visiting from Los Angeles. During the closing seconds of the game, which the Jazz won, the two heard a familiar song coming from the speakers in Vivint Arena.

"We were both looking at each other like, why on earth are they playing 'Hava Nagila'?" Picado recalled.

She asked the Jazz employees who were hosting her group about the musical choice, and "they were confused that we were confused," Picado said.

"They said, 'Well, isn't it a celebratory song? We're celebrat...