A movie about how 'Fiddler on the Roof' became a movie 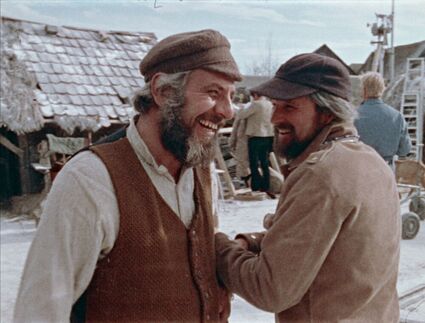 Director Norman Jewison, right, and star Topol as Tevye on the set of the film version of "Fiddler on the Roof."

(JTA) - Despite his name, Norman Jewison, the director of the 1971 film adaptation of "Fiddler on the Roof," is not Jewish.

The 95-year-old Jewison has often spoken about how, when asked to helm the movie version of the popular Broadway musical about an Old World shtetl, he felt the need to sheepishly inform the producers that he was a goy.

Less well known is that, following the worldwide success of the "Fiddler" movie, Jewison actually wound up embracing the Jewish faith. Though he has never spoken of formally converting, he reveals near the end of the new documentary "Fiddler's Journey to...