Children in crosshairs: The lasting, chilling effect of the Führer 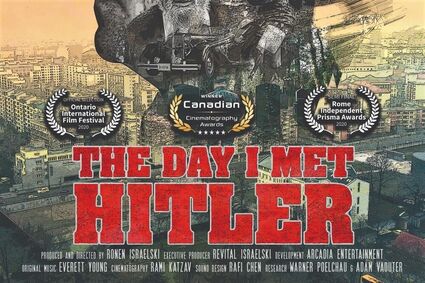 Promotion of the film by Israeli director Ronen Israelski.

(JNS) - The small Jewish boy from Berlin stood a few meters from Adolf Hitler. He waved the salute, ran away and told his parents. Shaken and called crazy for wanting to leave to go to a desert - this was years before Kristallnacht in November 1938 - the family decided to leave Germany and head to Palestine.

Ronen Israelski tells this story about his father in his award-winning documentary "The Day I Met Hitler." Israelski grew up in Herzliya, Israel, and moved to Canada in 2015 when his father died. The 88-minute film features Israelski speaking to several people who met Hitler, with a f...