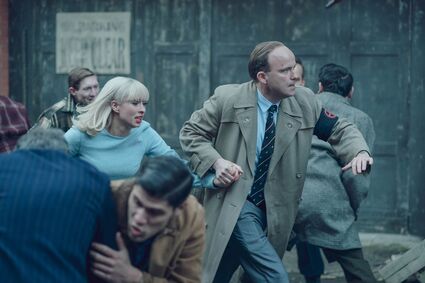 (JTA) - It sounds like it could be the story of Purim: A Jewish woman uses her sex appeal to enter the upper reaches of a group whose members are hell-bent on destroying the Jews.

But instead of Esther with King Ahasuerus, imagine her becoming romantically involved with Haman himself - and instead of the Persian Empire, it's the British Empire, circa 1962.

"Ridley Road," a gripping and provocative four-part miniseries debuting on PBS's "Masterpiece" on Sunday after airing on the BBC last year, is a fictional story set in the very real world of British neo-Nazis. Led by Colin Jordan, the N...