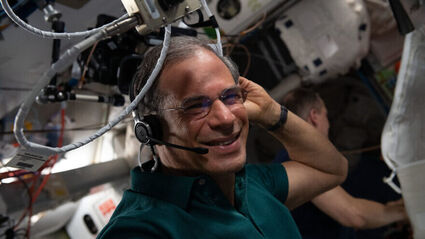 (JNS) - Israeli astronaut Eytan Stibbe and the three other members of the Axiom-1 (Ax-1) mission are on their way back to Earth following a 15-day stay in the International Space Station, according to the Axiom Space website.

Their spacecraft, the SpaceX Dragon Endeavor, undocked from the ISS at 9:10 p.m. ET on Sunday and was scheduled to splash down off the Florida coast on Monday afternoon. The return trip had been delayed for several days due to bad weather.

Stibbe, a businessman and a former Israeli Air Force fighter pilot, is the second Israeli to travel to space and the first to boar...