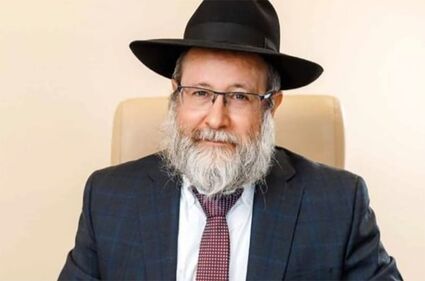 Rabbi Liron Ederi sits at his desk in Kryvyi Rih, Ukraine, in 2016.

(JTA) - Their son may be on TV every night, but the parents of Ukrainian President Volodymyr Zelensky have consistently declined countless requests for interviews about their own lives.

The rabbi of their hometown of Kryvyi Rih in Ukraine's east, however, is apparently much more eager to talk about the Zelenskys, who are Jewish.

This week, Rabbi Liron Ederi, the Chabad-Lubavitch movement's emissary in the city, spoke at length to an Orthodox newspaper in Israel about his ties with Oleksandr and Rymma Zelensky, whom the rabbi said have helped him promote at least two Jewish...