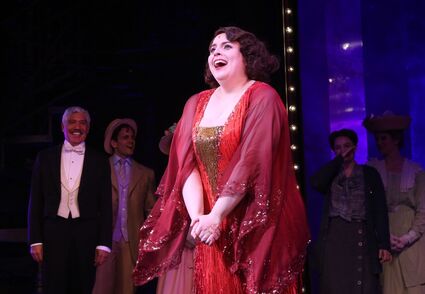 Beanie Feldstein as "Fanny Brice" during the opening night curtain call for the musical "Funny Girl" on Broadway at The August Wilson Theatre in New York City, April 24, 2022.

(JTA) – Some of the biggest Jewish names on Broadway weren't shining so bright in this year's Tony nominations.

The much-anticipated revival of "Funny Girl," with Beanie Feldstein in the Barbra Streisand role as pioneering Jewish comedienne Fanny Brice, came up almost empty-handed, despite Feldstein's star status and the fact that the book was revised and updated by stage and screen legend Harvey Fierstein.

The show received only one nomination in total, for featured actor Jared Grimes, leaving Feldstein and Fierstein (and other top draws like co-star Jane Lynch) in the cold.