Spanish Jews take the spotlight in 'Heirs to the Land,' a Netflix series set pre-Inquisition 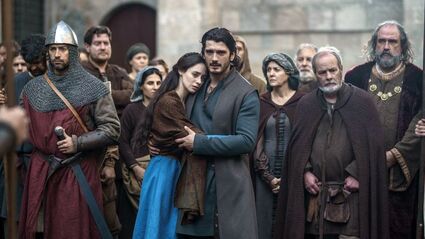 The cast of 'Heirs of the Land' perform during filming in Spain in 2020.

(JTA) - The series "Heirs to the Land" that dropped on Netflix last month looks, at first glance, like just another installment in the fast-growing genre of Spanish period dramas.

In some ways it is, featuring the familiar mix of romance, violence and a liberal dramatization of key historical events in medieval Spain that have made international hits out of several recent Spanish productions such as "Isabel" and "El Cid."

But "Heirs to the Land" also takes a deep dive into what it meant to live as a Jew in Spain at the time, when the strictly Catholic country began its descent into organize...