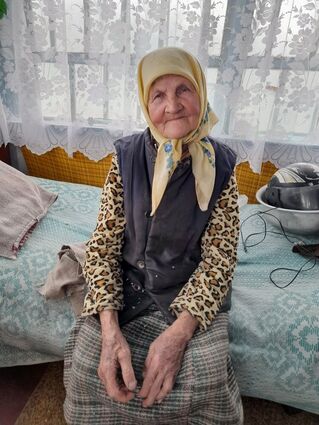 Aleksandra B.'s grandson took his grandmother to a village 100 kilometers away to find safety.

(JTA) - After Russia invaded Ukraine early in the morning of Feb. 24, millions of Ukrainians suddenly had their lives upended. The Jewish Foundation for the Righteous was concerned with 15 of them.

That's how many Ukrainians remained alive from the foundation's tally of "Righteous Gentiles," non-Jews who risked their own lives to save Jews during the Holocaust 80 years ago.

The foundation doles out money to people certified to have helped Jews worldwide each year and had sent the first installment of $1,000 in early February. But it quickly became clear that the elderly Ukrainians couldn't...