'The Marvelous Mrs. Maisel' is filming an Israel scene and looking for 'Jewish types' 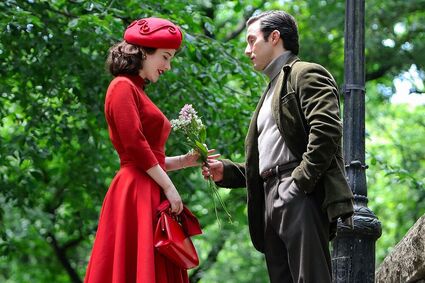 Rachel Brosnahan and Milo Ventimiglia are seen at the film set of "The Marvelous Mrs. Maisel" TV Series on June 10, 2021 in New York City.

Season four of "The Marvelous Mrs. Maisel" was just as Jewy as the ones that came before it - with bar mitzvah scenes, lots of Yiddishisms, Jewish foods and contemplations about the existence of God.

The Amazon Prime show about a Jewish standup comedian played by Rachel Brosnahan has consistently been one of the most Jewish shows on TV, despite the controversy about the fact that its star isn't a Jew.

In almost every season, protagonist Midge Maisel visits a very Jewish location. In season two, it was the Catskills and the Jewish resort area famously known as the "Borscht Belt," where the M...