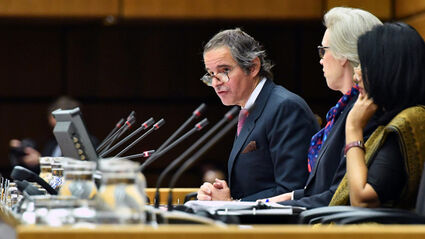 (JNS) - International Atomic Energy Agency director-general Rafael Grossi said on Monday that Iran was "very close" to crossing the nuclear threshold, and that it "cannot be avoided" at this point.

Speaking at the IAEA's Board of Governors meeting in Vienna, which runs until June 10, Grossi said, "Having a significant quantity [crossing the uranium enrichment threshold] does not mean having a bomb, but ... this idea of crossing the line, it's going to happen."

According to an unnamed Israeli official, Grossi presented a report to the board showing that Iran effectively already has sufficien...