'After Shabbat, we will act': American Jews gear up for wave of post-Roe activism 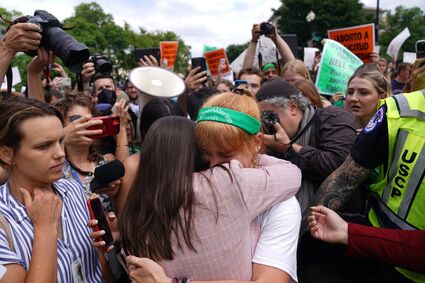 WASHINGTON (JTA) - An array of Jewish groups across the country are kickstarting into action to protest and potentially challenge the Supreme Court's decision to overturn Roe v. Wade, the landmark 1973 case that had enshrined the right to an abortion in the United States.

The 6-3 decision released Friday has many Jewish activists buzzing about how to respond to the bombshell ruling that they find a major setback to women's rights and in some cases an infringement on religious Jewish law.

The National Council of Jewish Women, a Jewish women's rights group founded in 1893, said it would hold...