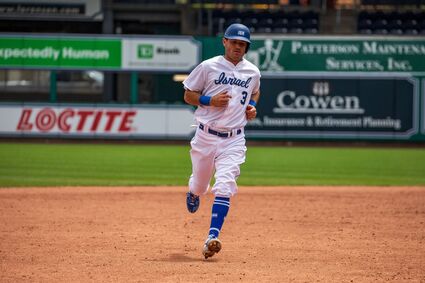 Ian Kinsler played for Team Israel at the Olympics in Tokyo after 14 MLB seasons.

(JTA) - Ian Kinsler is trading in his bat for a lineup card.

The former All-Star second baseman will manage Team Israel in the upcoming 2023 World Baseball Classic. He currently has no plans to play for the team as well.

The Jewish 14-year MLB veteran played for Team Israel in the 2020 Olympics that were held last year, telling the Jewish Telegraphic Agency at the time that his goal was to raise the sport's profile in Israel.

"Medaling for Team Israel would create that buzz," he said, and "obviously bring more attention to the sport. So it's exciting to think about all that."