Biden makes an appearance at the Maccabiah Games 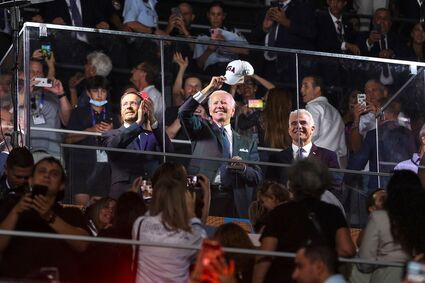 Biden makes an appearance at the Maccabiah Games

The audience at the opening ceremony of the 21st Maccabiah games showered Biden with affection as thousands cheered "Joe" repeatedly and shouted things like "we love you Mr. President" at Teddy Stadium in Jerusalem. Biden, flanked by Israeli Prime Minister Yair Lapid and Israeli President Isaac Herzog, waved a baseball cap emblazoned with the letters USA for several minutes as the crowd cheered.

Biden, who is wrapping up the Israel leg of his four-day visit to the Middle East, showed up at...