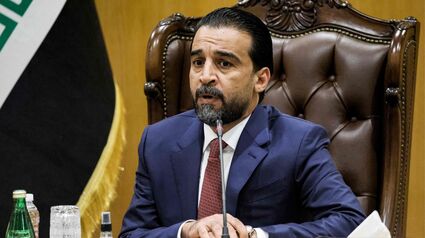 WASHINGTON (JTA) - It has become a kind of mantra in Washington and Jerusalem: Integrate much of the Middle East, including Israel, into a single security system to keep Iran in its place.

The issue came up as soon as President Joe Biden landed Wednesday at Ben Gurion airport in Israel for his first visit as president and his 10th since 1973.

"We will discuss building a new security and economy architecture with the nations of the Middle East, following the Abraham Accords and the achievements of the Negev Summit," Israeli Prime Minister Yair Lapid told Biden. "And we will discuss the need...