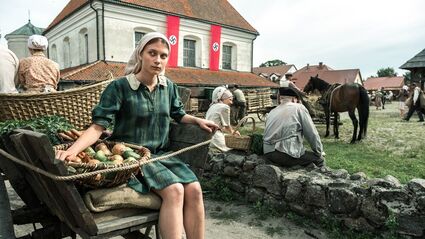 (JTA) – Sara Góralnik Shapiro survived the Holocaust by disguising herself as a Christian and working for a family of Ukrainian farmers. She then went on to live a long and prosperous life as a member of Detroit's Jewish community.