'Image of Victory,' Netflix's new Israeli war drama, revisits the capture of a kibbutz in 1948 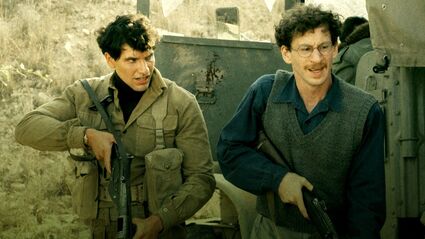 (JTA) - The story of Israel's 1948 war for independence is told through the eyes of one kibbutz in "Image of Victory," a new Netflix film that's being billed as the most expensive Israeli movie ever.

Inspired by the real-life battle for control of Kibbutz Nitzanim, during which Egyptian forces overpowered the Israeli military, briefly captured the territory and took more than 100 prisoners of war, director Avi Nesher's old-fashioned wartime melodrama is more interested in the human beings caught up in the fighting than it is in the fighting itself. It's fitting, then, that one of the movi...