By Michael Feldberg
My Jewish Learning

Remembering the tragedy of the St. Louis 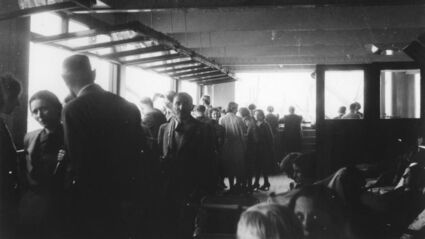 Occasionally, a name or a phrase such as "Remember the Maine," or "Watergate" enters the national lexicon. One such name has been burned into the collective memory of American Jewry: the St. Louis, a German luxury cruise ship which on May 27, 1939, steamed into Havana harbor with more than 900 German Jewish refugees from Nazi oppression, each with the letter "J" stamped in red on their passport. When the St. Louis arrived in Havana, its Jewish passengers were forbidden to come ashore. Despite the efforts of the American and Cuban Jewish communities to persuade the Cuban government to let...