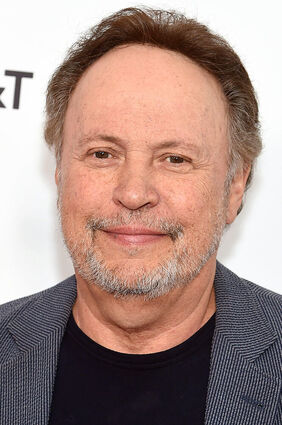 I refer to Jewish comedians. Most, if not all, I can name are Jewish. And to me, it shows super-strength after decades upon decades of hate encountered by my people. I am so proud to be one of them!

And speaking of Jewish comedians, BILLY CRYSTAL comes to mind.

Born in New York City in 1945, William Edward Crystal was raised initially in the Bronx and when still a toddler, he and his family moved to Long Beach, N.Y.

His family owned the Commodore Music Store. Billy's dad was also a jazz promoter and a producer (Involved in show business) The family emigrated from Austria, Russia and Lithuania.

Billy attended Temple Emanu-El in Long Beach where he had his bar mitzvah.

As a successful comedian and actor, Billy received numerous accolades, including 6 primetime Emmy Awards, a Tony award, a Mark Twain prize for American humor and a star on the Hollywood Walk of Fame to name a few. He also received a Lifetime Achievement Award from the Critics Choice Awards. It seems whatever he gets involved with becomes a great success! And now I believe he is back on Broadway!

(Keep it up, Billy. Laughing is what keeps us going!)

A favorite that I desperately miss ...

When it comes to comedians, Isaac Sidney Caesar, was always among the very best! (Okay, drop the Isaac. We're referring to Sid Caesar, long gone but never ever forgotten by me.)

Some of our greatest comedians and writers wanted to work for him. They considered wherever Sid was performing was "the place to be."

Sid's family emanated from Poland. And when Sid was in his teens he worked in the Borscht Belt otherwise known as the Catskill Mountains. He played saxophone in a swingtime band and occasionally performed in sketches. He moved to Manhattan when an adult to become a musician but always had a talent for comedy.

And still on the subject of Jewish comedians ...

How about Nathan Birnbaum? He and his wife, were always entertaining. What? You don't know who I mean? Okay. Does George Burns come to mind? He and his adorable wife, Gracie, gave us years of smiles and laughs. (She was not Jewish, but a perfect match and foil for his comedy.)

They started in vaudeville and went on to eventually have a hit television series. The couple was inducted into the Television Hall of Fame in 1988.

And speaking of "Jew Hatred," what antisemitism really is ...

I read this recently in the WJC bulletin and pass it on to you:

"In a pre-recorded video address broadcast to attendees at the Jerusalem Post London Conference, RONALD S. LAUDER, president of the World Jewish Congress, discussed a wide range of topics, including anti-Semitism, the war in Ukraine, the Iranian threat to Israel, and the importance of maintaining the unity of the Jewish people.

Lauder suggested that "Jew-Hatred" is a more apt and accurate term than anti-Semitism. "Anti-Semitism is a holdover from the 19th century," said Lauder, and it has lost its meaning. "No one cares when they hear anti-Semitism. From now on, let's all call it what it really is- the hatred of Jews, or Jew-Hatred."

Turning to what he termed the Conference's elephant in the room - the war in Ukraine - Lauder said that no one could ignore the destruction and devastation occurring there, noting that the war has created more than 10 million refugees seeking food, shelter and safety.

Lauder praised the response from surrounding countries in the area, such as Poland, Belarus, Hungary, Moldava, Romania and Slovakia, who have found homes, shelters and jobs for refugees.

He added that the Lauder Jewish school network in Europe has returned young Ukrainian children to classrooms in Vienna, Berlin, Warsaw, and Budapest and elsewhere, while in Israel, refugee families have found jobs in the Negev.

Lauder cautioned that were Israel to be attacked by its enemies, other countries would do little to stop such an attack.

"When Iran stages 'Death to Israel' demonstrations for over 40 years, said Lauder, "today they now dream of Ukraine." The only people who will protect Israel, he added, are the Israeli people.

The most significant threat to Israel's existence today, Lauder said, is Iran.

"While Israel must use all diplomatic means to prevent Iran from gaining a nuclear weapon, the country must do what is in its best interest to stop that from happening. It must make it very clear that it will never accept a nuclear Iran," he said.

Lauder suggested that the relationship between Israel and the Diaspora and the divide between religious and secular Jews is a serious issue with long term consequences. "Today, I can tell you as president of the WJC that Israel is losing the support of the Diaspora," he stated. Israel needs the Diaspora, and the Diaspora needs to look to Israel as its second home, the WJC president asserted.

Concluding his remarks, Lauder stated, "Our world is going through a great trauma as this conference convenes. We don't know how it will resolve itself. But this we do know - If the Jewish people act as one, if we continue to watch out for each other, from Ukraine,to Israel, to the United States, and all points in between, then we will be so much stronger to face whatever comes our way."

Tonight, join in for one of the most 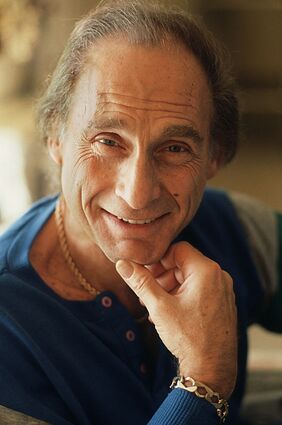 A zany blend of classic musical comedy and madcap mystery, this whodunit is a highly theatrical duet loaded with killer laughs! (I could sure use some!)

I'm referring to "Murder For Two" which previews tonight and runs through Aug. 28th.

Here are a few statements from a Jewish comedian that I plan to write about in an upcoming article.

This comedian gets "no respect" according to him. Of course you know I mean RODNEY DANGERFIELD.

Talking about his wife: "My wife signed me up for the Bridge Club.

I jump off next Tuesday."

"She (his wife) can't cook at all. When we have a picnic I bring along Tums for the ants."