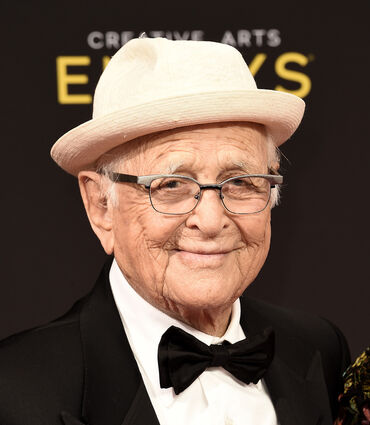 (JTA) - Jewish comedy titan Norman Lear turned a century old on July 27, and he's still got a spring in his step.

Lear took to Instagram to reminisce the day before his 100th birthday with a video, singing a lick from the classic tune "That's Amore," recalling how he once worked for Dean Martin singing the same during the Colgate Comedy Hour in the 1950s.

"My God, the miracle of being alive with everything that's available to us," Lear told his 44,000 followers.

The decorated creator of "All In The Family," "The Jeffersons," "Sanford and Sons" and a host of other groundbreaking TV sitcoms, Lear has lived and worked through just about every era of Hollywood comedy. He reached his 100-year milestone a few years ahead of peers Mel Brooks and Dick Van Dyke (both 96). But he's had to say goodbye to other beloved longtime colleagues, including Carl Reiner (who died in 2020 at age 98), talent manager George Shapiro (who died in May at 91) and Betty White (who died on New Year's shortly before her own 100th birthday).

Lear got his own documentary in 2016 and has received a Kennedy Center honor, as well as just about every other award under the sun. Yet he hasn't been content to rest on his laurels even at 100. He currently co-hosts "Live In Front Of A Studio Audience," a series of TV specials in which celebrities recreate episodes of his old sitcoms, and he also executive-produced the recent remake of his show "One Day At A Time," as well as last year's documentary "Rita Moreno: Just A Girl Who Decided To Go For It." Some of Lear's other series, including "Good Times" and "Mary Hartman, Mary Hartman," are set for upcoming remakes, as well.

Lear was bar mitzvahed in his native Connecticut, and he recalls that hearing antisemitic preacher Father Coughlin on the radio as a child helped fuel his interest in political activism. Since the 1970s, he has donated large sums to progressive causes, and in 1981 he founded an organization aimed at countering the influence of the Christian religious right wing in politics.

Reflecting on his century, Lear expressed gratitude for every moment of it.

"Living in the moment, the moment between past and present, present and past, the hammock in the middle of after and next," he said by way of advice. "Treasure it. Use it with love."