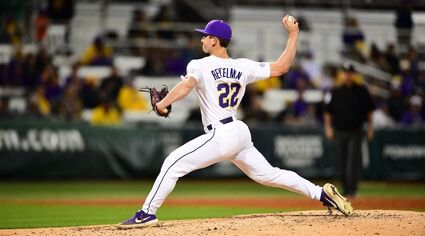 (JTA) — Eric Reyzelman is in a New York state of mind.

The New York Yankees selected the Jewish Louisiana State University pitcher 160th overall in the fifth round of the Major League Baseball draft on Monday.

Reyzelman told the Jewish Telegraphic Agency he plans to sign with the team and begin his career in professional baseball instead of returning for final year at LSU. He does not yet know what his first stop will be in the Yankees organization.

“Unbelievable, unbelievable moment for me and my family,” he said, minutes after receiving the news.

Reyzelman, born and raised in Califo...