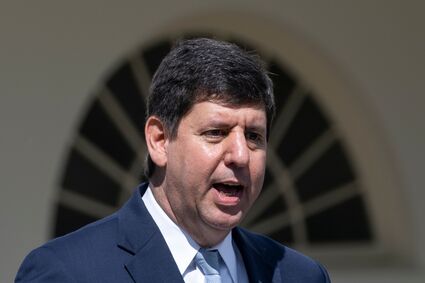 Steve Dettelbach speaks during an event about gun violence in the Rose Garden of the White House in Washington D.C., April 11, 2022.

(JTA) - When Steve Dettelbach was confirmed last week as the director of the Federal Bureau of Alcohol, Tobacco, Firearms and Explosives, he became the beleaguered bureau's first head to pass a Senate confirmation in eight years. For some, the confirmation offered hope of a changing tide in America's sea of mass shootings.

But a county Republican group in Kentucky saw a different story: that Dettelbach is part of a "Jewish junta" that "is getting stronger and more aggressive."

The Bracken County Republican Party, representing a rural county with a population of around 8,400 along the Ohio R...