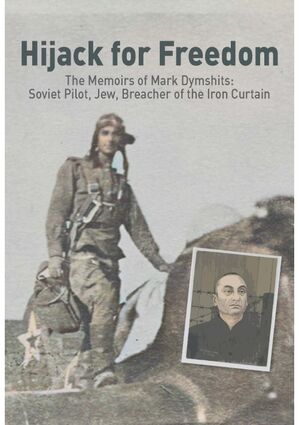 I'm relaxing on the beach in Tel Aviv reading a book that I've been enjoying. More than enjoying, it's an important piece of our history as a people, specifically related to the struggle to free the Jews of the Soviet Union of which I was active in my teens and early adulthood, and which is so important to remember.

"Hijack for Freedom" is the memoir of Mark Dymshits (Gefen Publishing). Unlike other memoirs written to be a book, Dymshits' writing was only discovered after he died, and only then published.

Mark Dymshits was a former Soviet Air Force pilot who, discriminated against as a Jew...