COS has a new rabbi 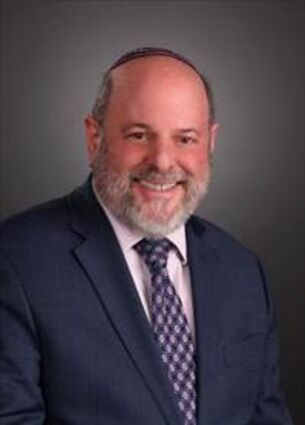 Rabbi Geoffrey Spector from Livingston, N.J., where he was the senior rabbi of Temple Beth Shalom in Livingston for 17 years. Prior to that, he served as the spiritual leader of Shir Chadash Conservative Congregation in Metairie, Louisiana.

Rabbi Spector is a graduate of the University of Pennsylvania where he majored in Jewish Studies. He received his rabbinical ordination and MA from the Jewish Theological Seminary of America. He holds a Master of Theology degree in Comparative Religion from Harvard University Divinity School, where he was awarded the Charles E. Merrill Fellowship for clergy. Rabbi Spector held the position of adjunct professor of Jewish Studies at Tulane University, where he taught popular courses in Bible and Jewish Thought.

In addition, he has served as president of the Southwest Region of the Rabbinical Assembly and as a member of the RA Executive Committee.  Recently, Rabbi Spector was honored with the Doctor of Divinity degree from JTS in recognition of his nearly 30 years of service to the Conservative Movement and to the broader Jewish community. In 1996, Rabbi Spector was chosen as a "community heroes" to carry the Olympic Torch through part of New Orleans as the torch made its way to Atlanta.

As a passionate lover of the state of Israel, Rabbi Spector is a proud member of AIPAC and a strong advocate for bipartisan support of Israel in the United States Congress.

Rabbi Spector is married to Karen, a Jewish educator, and is the proud father of Joshua and Jordan, who both reside in the Boston area.

In his spare time, Rabbi Spector enjoys listening to Celtic music and watching old reruns of Star Trek and Gunsmoke.

The COS members are thrilled to welcome the Spectors to the family and the greater Orlando community, and are looking forward to a long and wonderful relationship with Rabbi Spector as he helps guide us forward as a Jewish community.