By Sharon Wrobel
The Algemeiner 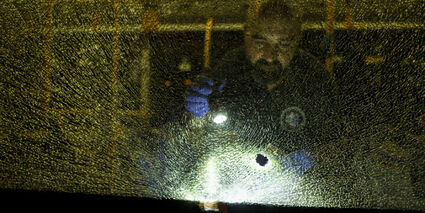 An Israeli security personal stands behind a shattered window of a bus as he checks it following an incident in Jerusalem Aug. 14, 2022.

Eight people were injured, among them U.S. citizens after a Palestinian gunman open fired on civilians at a bus and a parking lot near Jerusalem's Old City.

Following an intensive manhunt by Israel's security forces and several arrests, the suspected terrorist identified as east Jerusalem resident Amir Sidawi turned himself in to the Israeli police.

"This was a lone assailant, a resident of the city with a criminal background," Prime Minister Yair Lapid stated. "Whoever harms Israeli citizens has nowhere to hide."

During predawn hours on Sunday, the 26-year-old Palestinian gunman targeted a...