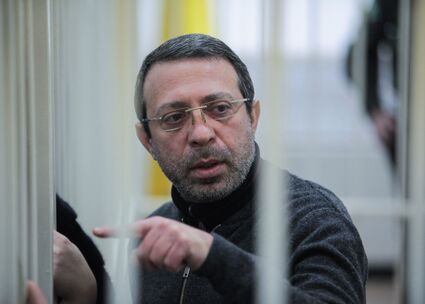 Hennady Korban attends a hearing in his corruption trial in Kyiv, Ukraine, Jan. 25, 2016.

(JTA) - Why haven't Russian troops more forcefully attacked Dnipro, the Ukrainian city that is a spiritual center of the Chabad Hasidic Orthodox movement? According to one provocative Ukrainian Jewish oligarch, the answer is an ancient Kabbalistic curse against Russia's Vladimir Putin.

Hennady Korban, who was stripped of his Ukrainian citizenship last month, told NV, a Ukrainian broadcaster, that he had initiated the curse, known as Pulsa Denura, against Putin - and that the Russian leader knew he had done so.

The Pulsa Denura is "a procedure in which you have to warn officially the enemy o...