Why do Jews put stones on graves? 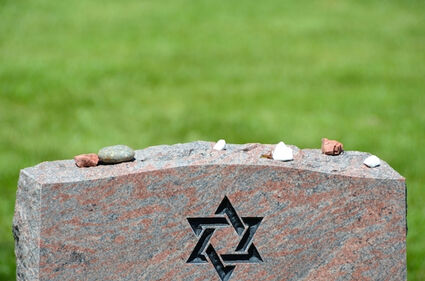 The Jewish tradition of leaving stones or pebbles on a grave is an ancient one, and its origins are unclear. It is a custom or tradition, rather than a commandment, and over time many interpretations have been offered for this practice.

Common explanations for this custom include:

During the times of the Temple in Jerusalem, Jewish priests (kohanim) became ritually impure if they came within four feet of a corpse. As a result, Jews began marking graves with piles of rocks in order to indicate to passing kohanim that they should stay back.