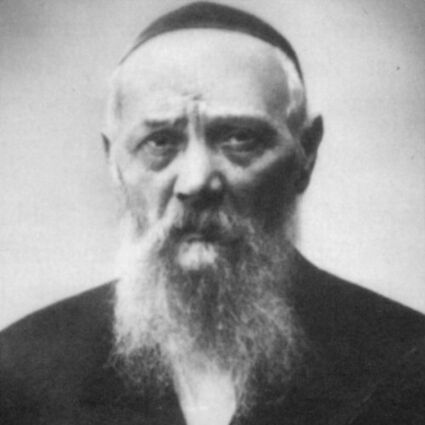 Recently Rabbi Mendy Bronstein of Chabad of Altamonte Springs, Rabbi Sholom Dubov of Chabad of Greater Orlando, Rabbi Konikov and Rabbi Zibell of Chabad of South Orlando, and Rabbi Lipskier of Chabad at UCF traveled to Almaty, Kazakhstan to attend the annual Rabbinic Convention along with other Florida Chabad rabbis. The following is what Rabbi Dovid Vigler of Chabad of Palm Beach Gardens experienced while there. Rabbi Bronstein shared this with his congregation and with the Heritage.

I returned at dawn today from a most spiritually invigorating trip to the most remote location I have ever visited. On Monday at midnight, I boarded a charter flight from Miami to Almaty, Kazakhstan with 200 Florida Chabad rabbis. We flew 20 hours each way in order to hold this year's annual Rabbinic Convention at the site of the resting place of the Rebbe's saintly father, Rabbi Levi Yitzchak Schneerson, of righteous memory.

Nestled just three hours from the border of Western China and Afghanistan, Almaty is a city of striking beauty at the foot of the Himalayan mountain range that towers over it. The Rebbe's father, Rabbi Levi Yitzchak Schneerson (born 1878), was the charismatic, dynamic, and influential spiritual leader of the large industrial city of Yekatrinoslav (known as Dnipropetrovsk today), Ukraine, before he was arrested by the KGB, the Communist secret service, for his crimes in spreading Judaism. The Communists exiled him to the remote eastern Asian city of Almaty in order to render him unable to influence other Jews away from the Marxist paradise that left no room for faith. The Rebbe's mother, Rebbetzin Chana, eloquently describes the spiritual isolation her husband endured in Almaty by the lack of any paper for him to even write down the insightful Torah insights that were gushing from his brilliant mind. Here he lived his final years in great suffering, poverty, and hunger until he calmly returned his soul to his maker in 1944.

I was able to experience a sense of his isolation as we walked through a winding path to his resting place through Christian burial plots, adorned with giant gargoyles, life-size rock statues, and communist symbols engraved on many graves. It broke my heart to think that this giant of a man, the father of the most influential rabbi in modern history, was relegated to such unbearable circumstances.

Reb Levik's spiritual greatness lives on this day as countless stories of miraculous salvation unfold for many who trek to visit his tomb with heartfelt prayers for his Divine intercession. For the duration of our 36-hour visit, I was deeply disturbed and often overcome with emotion as to why G-d would have sent such a saintly soul to suffer in such dire circumstances.

On the plane ride home, a colleague shared an answer in this week's Torah portion. The Torah is our gift from G-d, and the weekly portion is our compass. Our sages tell us that we can always find the answers we seek in the Torah portion of the week.

The Parshah tells of the lowest moment our People have ever fallen. Having just received the Ten Commandments on two Divinely-produced Tablets on Mount Sinai, the Jews chose to turn their backs on G-d with a shocking betrayal - they created a calf of gold and bowed down to it! As a result, Moses smashes the Two Tablets. When eventually G-d forgives their indiscretion, he instructs Moses to make the new tablets "for himself." The Talmud (Nedarim 38a) reveals to us that the seemingly superfluous word "for himself" was an instruction to Moses to carve the Second Tablets out of sapphire and to keep the leftover shards for himself. Indeed, these precious shards made Moses a very wealthy man!

It seems inappropriate on all levels: Why would G-d throw an instruction for Moses to casually "keep the change" into a serious story of Divine reconciliation? And how is it even ethical for Moses to profit from what is clearly public property? Besides, who cares about Moses' personal financial statement during this time when the future of the Jewish nation lay in the balance?

In a moving sermon in 1908, Reb Levik's Rebbe, the Fifth Chabad Rebbe, known as "Rashab," explains the significance of this wonderous windfall. These sapphire shards were the product of man's epic failure at Sinai. Having just recently caused the destruction of the First Tablets, G-d's gift to mankind, the Jewish Nation was crushed. They felt hopeless and irredeemable. They had gone too far. Yet the origin of Moses' wealth in those broken, shameful remnants inspires us to seek the positive and purposeful elements behind our failures. Instead of seeing them as useless black holes, we can view them as opportunities for growth and even greatness!

Our problems are our purpose. Our mistakes don't happen to us; they're sent to us from Above. Though we cannot always appreciate why we are fortified with the faith that our dysfunction is our destiny and our failures pave the way to our fortunes. If G-d wanted us to be perfect, He'd have made us so. He wants us, warts and all, to climb out of our sinkholes as we overcome our challenges with character and courage. Indeed, our purpose lies in the potholes. That's where the gold lies!

Moshe's wealth deriving from the broken shards of the Second Tablets proves that our prosperity is reached through making the best of our pitfalls. What you have is what G-d needs from you now! Instead of resenting your lot, celebrate it, embrace it and launch from it!

Even in our perceived mistakes, we have purpose. In fact, your perceived detour might be precisely the exit you were supposed to take in order to reach your specific destination.

As we clearly saw in Almaty, despite the Communists' sincerest intent to isolate Reb Levik in Kazakhstan, he continues to inspire and uplift countless thousands of passionate disciples who continue to travel across the world to visit him, a full 80 years after his passing! In a mysterious way, his faraway exile ultimately led to his far more significant influence!