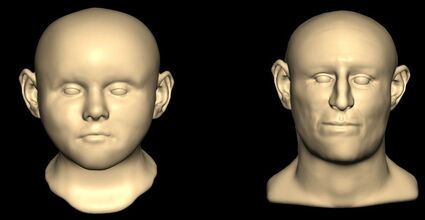 Researchers reconstructed the images of a boy and an adult male based on the skeletal remains of Jews massacred in Norwich in 1190.

(JTA) - For nearly a millennium, 17 Jewish children and adults lost to history at the bottom of a well kept a secret about the genetic markers that distinguish Ashkenazi Jews.

In 1190, in Norwich, a riverside city perched near England's eastern coast, crusaders on their way to the Holy Land massacred 17 Jews and threw them down a well. The town was already a locus for antisemitic fervor: In 1144, its people originated the first known blood libel, blaming Jews for the ritual murder of a child.

In 2004, construction workers in the town, one of the most perfectly preserved medieval cities in t...