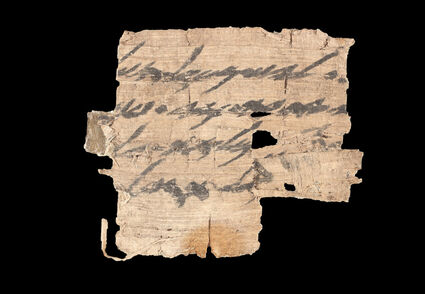 (JNS) - The Israel Antiquities Authority has successfully repatriated a rare First Temple-period document from the United States, the IAA announced on Wednesday.

The papyrus document is written in ancient Hebrew script and is believed to have been found in a cave in the Judean Desert, according to the IAA.

The item consists of four torn lines that begin with the words, "To Ishmael send," suggesting the fragment is part of a letter containing instructions to the recipient. It therefore likely dates back to the sixth or seventh centuries BCE, joining only two other documents from this period...