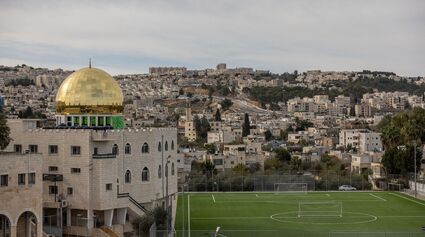 (JTA) — Israel’s government advanced a plan to build as many as 700 new apartment units in a suburb of Jerusalem that opponents say encroaches on a Palestinian village that straddles the country’s pre-1967 lines.

The Jerusalem planning and building committee on Monday approved a plan for a new neighborhood called Givat Shaked, which would include high-rise buildings that come right up to the edge of Beit Safafa — a village that was split from 1948 until 1967, when Israel captured eastern Jerusalem in the Six-Day War.

Haaretz quoted residents of the village as saying that the intenti...