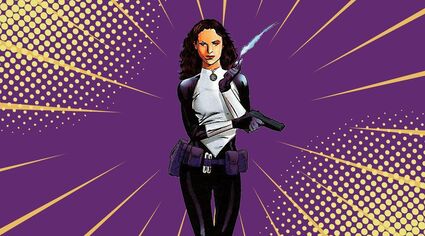 The Marvel character Sabra first appeared in a comic strip in 1980.

(JTA) - In a move that is already thrilling some Jewish audiences and stirring controversy among other international fans and activists, Marvel Studios announced that an Israeli comic book hero will appear in the next installment of its Captain America movie franchise.

"Captain America: New World Order," which is set for release in 2024, will feature Israeli actress Shira Haas as Sabra, a hero who debuted with a cameo in a 1980 "Incredible Hulk" comic and appeared as a full character the following year in a strip set in Israel titled "Incredible Hulk: Power in the Promised Land!"