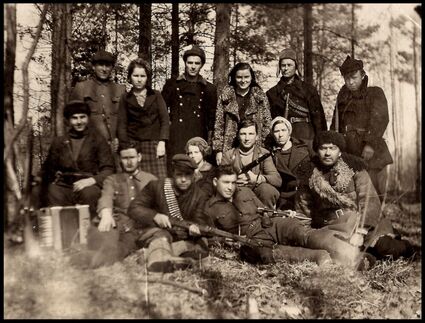 (JTA) - In 1944, Faye Schulman, a young Jewish partisan, emerged from the forest into her hometown of Lenin, Poland, on a mission to burn houses the Nazis were using as their wartime offices. One of those houses, she soon discovered, was her own.

As she wandered through her childhood home, she spied an old potato peeler still on the floor. Schulman thought of the rest of her family - already murdered by the Nazis by that point - and realized, even if she survived the war herself, that she would never be able to live in that house again.

"Burn it," she told her fellow partisans. She lit the...