30 years ago, Brendan Fraser and Matt Damon starred in 'School Ties' - one of Hollywood's few movies about antisemitism at school 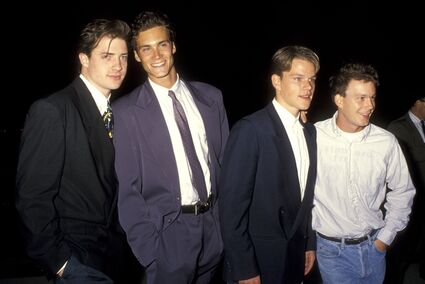 From left: Brendan Fraser, Randall Batinkoff, Matt Damon and Andrew Lowery at the Los Angeles premiere of the film, Sept. 11, 1992.

(JTA) - After a long career pause brought on by an assault-induced depression and injuries, actor Brendan Fraser is back in headlines, earning early Oscar buzz for his performance in the upcoming movie "The Whale."

What some of even his most ardent fans might not realize is that one of Fraser's earliest roles - alongside Matt Damon in what was his first major onscreen role - came in one the few mainstream Hollywood films to focus on antisemitism at non-Jewish schools.

In "School Ties," which hit theaters 30 years ago this month and was set in the 1950s, Fraser plays David Greene, a workin...