In 'Last Flight Home,' a Jewish family helps their father end his life 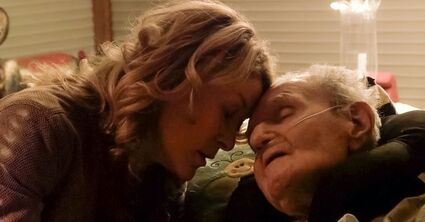 (JTA) - When Rabbi Rachel Timoner's dad Eli told his family of his decision to end his life, Rachel knew what would soon be asked of her: to officiate his funeral, something he had told her he wanted since she became ordained.

This presented a challenge for Rachel, the senior rabbi at Brooklyn's Congregation Beth Elohim. Being her father's rabbi "wasn't what I wanted," she says in the new documentary, "Last Flight Home," which chronicles Eli's final days from the perspective of his family. The film, directed by Rachel's sister Ondi Timoner, is a raw, intimate document of the realities of en...