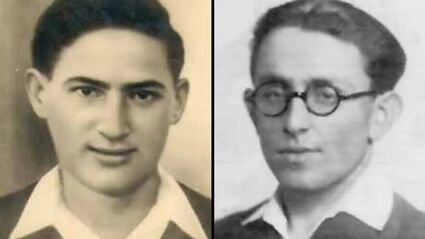 Private Binyamin Aryeh Eisenberg (l) and Private Yitzhak Rubinstein were killed during the Battle of Yad Mordechai in May 1948.

(JNS) - The remains of two soldiers who fought in Israel's war of independence have been found, 74 years after their deaths.

The Israeli Defence Forces announced on Friday that it had identified the remains of Privates Yitzhak Rubinstein and Binyamin Aryeh Eisenberg, who were members of the Palmach-the elite strike force of the pre-state Haganah militia-defending Kibbutz Yad Mordechai from an Egyptian attack in 1948, just days after Israel declared independence.

The Egyptians captured the two men along with Palmach medic Livka Shefer during the Battle of Yad Mordechai as Rubinstein and the...