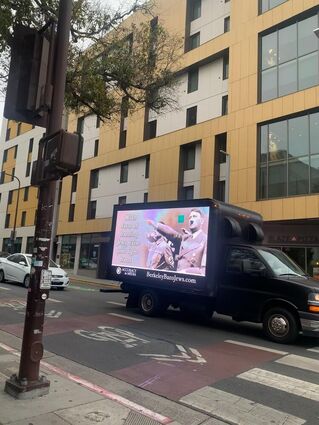 A truck emblazoned with an image of Adolf Hitler and the phrase "All in favor of banning Jews, raise your right hand," drove through Berkeley, Calif., October 2022, in response to a controversy involving several UC Berkeley Law student groups resolving to bar "Zionist" speakers.

One of them displayed a massive picture of Adolf Hitler.

"All in favor of banning Jews, raise your right hand," read the billboard on the side of the truck.

The truck had been dispatched by a political advocacy group called Accuracy in Media, which has a history of finding ways to provoke liberals and progressives. The group's president Adam Guillette told J. The Jewish News of Northern California Weekl...