Israeli elections 2022: A rundown of Israeli parties and their leaders 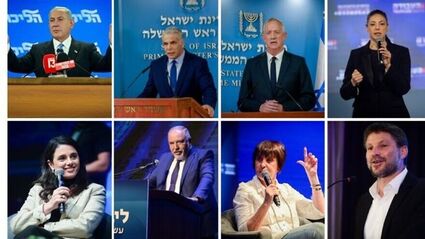 Benjamin Netanyahu, Israel's longest-serving prime minister and now head of the opposition, will attempt to win his sixth term as premier. He is credited with transforming Israel's heavily regulated economy into a capitalist, high-tech powerhouse. The most recent polls suggest that this time he will have enough Knesset seats to form a government.

In the recent string of four rapid-fire elections, his right-wing bloc has fallen short of a 61-seat Knesset majority. He came closest in the first election in April 2019...