Monsters, demons, and other mythical creatures in Jewish lore 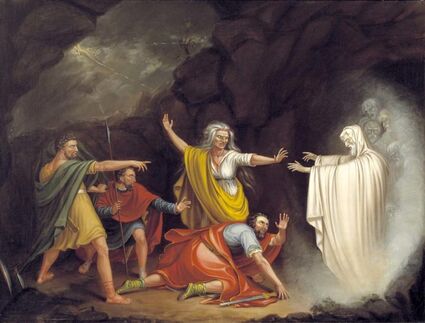 The witch of Endor summons Samuel for King Saul in this painting by William Sidney Mount in 1828. Now in the Smithsonian American Art Museum.

Jewish tradition is opposed to magic, divination, and sorcery. Exodus 22:18 reads: "You shall not allow a witch to live." And Deuteronomy 18:10-11 is more elaborate: "Let no one be found among you who consigns his son or daughter to the fire [i.e. who offers their child as a sacrifice, as some neighboring religions did], or who is an augur, a soothsayer, a diviner, a sorcerer, one who casts spells, or one who consults ghosts or familiar spirits, or one who inquires of the dead." Magic of this sort was and still is a major no-no. The point of these biblical prohibitions is that there are co...