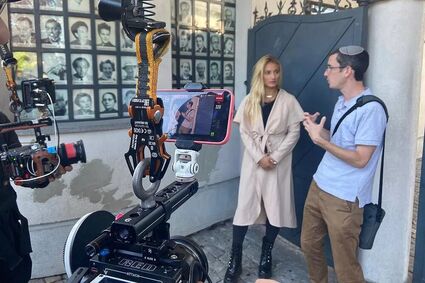 (JNS) — At a moment of sharply rising antisemitism, a Jewish social media star known for her dance videos is getting deadly serious.

Montana Tucker’s 10-part docu-series, “How to: Never Forget,” has drawn millions of views on TikTok since launching at the end of last month. The series, edited into digestible two-and-a-half minute segments, is the result of an intense trip by Montana and a film crew to Poland, where they capture the story of Tucker’s grandparents during the Holocaust. The production included a trip to Auschwitz-Birkenau, where Tucker’s great-grandparents were ga...