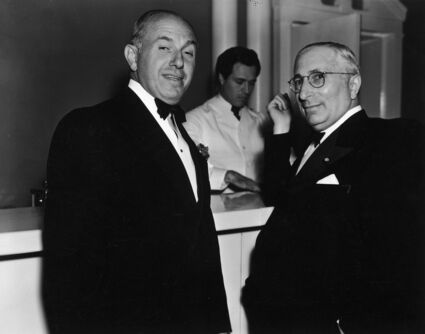 American film executives Jack Warner, left, and Louis B Mayer right, together at a bar, 1940.

(JTA) – On "Saturday Night Live" last weekend, Dave Chappelle really wanted his audience to know there are a lot of Jews in Hollywood.

"I've been to Hollywood, this is just what I saw," he said during his widely dissected monologue. "It's a lot of Jews. Like, a lot."

While suggesting that it might not be fair to say Jews run the industry, the comedian said that coming to that conclusion is "not a crazy thing to think." Chappelle's "SNL" episode drew a season-high 4.8 million viewers when it aired on NBC (eclipsing Jewish comedian Amy Schumer's own hosting stint the week before), and his m...