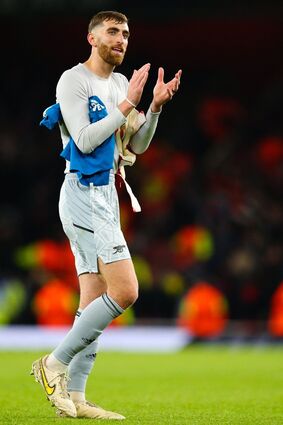 Matt Turner of Arsenal applauds the fans after the UEFA Europa League group A match in London, Sept. 20, 2022.

(JTA) - It's a World Cup like no other in recent memory - starting in late November.

The headlines going in are focused on the country's widely-criticized human rights record. The preparations for the first World Cup hosted in the Arab world have taken years to complete, have cost more than $200 billion and, according to human rights organizations, have led to the deaths of thousands of migrant workers.

Qatar also has no diplomatic relations with Israel, leaving Israeli fans in a...