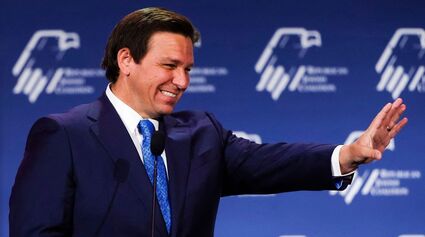 LAS VEGAS (JTA) - For Republican Jews looking for an alternative to Donald Trump in 2024's presidential race, Ted Cruz presented a tantalizing choice on Saturday - at least for a few minutes.

"When I arrived in the Senate 10 years ago, I set a goal to be the leading defender of Israel in the United States," the Texas senator said during his chance to address the Republican Jewish Coalition conference last weekend.

The crowd packed into a ballroom deep in the gold lame reaches of the Venetian casino complex lapped it up in what some of them refer to as the "kosher cattle call," auditions for...