No Thanksgiving in Israel - instead, more terror 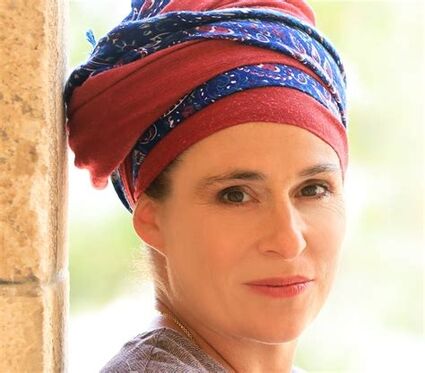 What a dichotomy. Life in Israel vs. life in the U.S. Being a Jew has its challenges and rewards in both places...but being an American Jew vs. being an Israeli Jew is vastly different.

I was just in the U.S. for about 10 days including Parsha Chaya Sara and I stayed in a modern orthodox community.

What was the talk around the Shabbat Table?

To us, it's Parshat Chaya Sara which covers Sarah's death and Abraham's purchase of the famous Ma'arah h'Machpelah where she is buried. The parshah also details the search for a wife for Isaac. It is very powerful and many Jews know of the famous burial site, take their picture in front of it when visiting Israel, and if they know nothing else about Hevron, they know of the famous "Ma'arah." In modern times there is a big Shabbat in Hevron during Parsha Chaya Sara akin to a rock concert. Thousands of guests pour into the city. They sleep in tents, in guest rooms, every yeshiva bed is taken by a tourist. The security is tight and the roads in and out of Kiryat Arba are closed off hours before Shabbat. My son has worked during the Shabbat bussing tables and taking out trash. Dozens of teens work there ... think: Rock Concert. That is the atmosphere. It is a tremendous event, and people have been inspired to make aliyah from their experience.

But, for the American Jew, the talk was of Thanksgiving.

Yes. Seriously. This I found ashtonishing. I was in a modern orthodox community, but the talk was not of Chaya Sarah, it was of Thanksgiving. And recipes. And vacations.

I had prepared a dvar torah, thinking my living in the Hevron Hills would spark the need for me to be versed in the parshah ... but I was wrong. Nobody cared where I was from.

Stunned? A little. But I was not alone. Golda Meir had to go through this too, in the beginning, when Israel was a new State. Meir had to attend fancy dinners and listen to small talk, while on a mission to convince American Jews to care about Israel's survival, and send money for Israel to purchase weapons.

And she did it. Golda did it!! She suffered through the cocktail parties and the gala dinners where ladies in their fur coats giggled through the speeches ... if Golda Meir could do it, I will do it, too.

And really - how would I be if I still lived in America? Would I care about Parsha Chaya Sarah in the wake of a big fun holiday?? Probably not.

Israel is very far away to the American Jew. Even though we have instagram and Facebook, and read news 24/7, it is still a foreign land to many. It is still far away and a different world.

Yesterday Wednesday morning, our morning was disturbed with the news of two bombs that exploded at two busy Jerusalem bus stops during rush hour. 18 injured, one killed. A teenager.

Do you know how many people are at that Central Bus Station? All of our kids at one time or another... it's all anyone spoke about on Wednesday.

Just know, these are amid the dozens and dozens of molotov cocktails and rocks being thrown at cars, all throughout Yehuda and Shomron.

Here are the October statistics:

194 tire burning on the road to cause an accident

66 glare on bus drivers to cause an accident

It is not only the terror attacks and medical emergencies we treat. Yes, that is our main objective...to save lives.

But after an attack, what happens? Do people go back to a regular life?

The children on Wednesday who were injured by the explosion ... do they carry on as they did before?

The mothers and fathers who get rocks thrown at them while driving, do they function normally?

This is not a test or guessing game. I wish it were. I wish this was a cirriculum for school.

But it is real. It is reality. These people suffer through these attacks, and they are changed forever.

We don't know who they are or what they have gone though. There are so many of these people. Who is to say the teacher of my children is extra strict because of something that happened in her past? Who is to say the clerk at the bank is short tempered because she suffers with post-trauma from a terror attack?

It makes the Jewish People in Israel very forgiving. Tough with each other on the surface, but gentle inside.

We can all learn from this. Because we must.

Just last night, a beautiful activity took place in Kiryat Arba. 13-year-old Tamar, who three weeks ago was shot in the head by arabs in neighboring Hevron, was included in a fun activity with her family and the medical volunteers in the community.

Natalie Sopinsky, a Delaware native, was raised an all-American girl in a Conservative Jewish family. Today she is a pistol-wearing, hitch-hiking settler living in the Hebron Hills. A lawyer, lifeguard and Zumba instructor, the mother of five children and wife to a native Philadelphian, Sopinsky represents the 150 communities in Judea and Samaria as director of Development for Rescuers Without Borders, the main U.S. charity for emergency medical needs in the Jewish Heartland.