Jesse Eisenberg's on fire in 'Fleishman Is in Trouble' 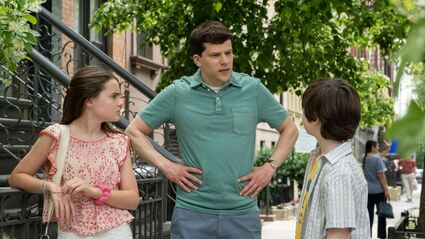 "Oh, of course it does," Claire Danes says, as his wife, Rachel, in the FX series "Fleishman Is in Trouble," available on Hulu.

The miniseries is based on the eponymous New York Times best-selling book by Taffy Brodesser-Akner, who wrote the series and is the showrunner. In it, Eisenberg delivers his best performance other than when he played Mark Zuckerberg in "The Social Network."

Toby meets Rachel at a party and they soon kiss as we hear "Tonight, Tonight" by The Smashing Pumpkins. Rachel explains...