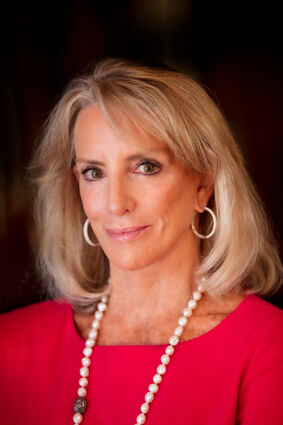 (JNS) - Months after her nomination was held up due to prior antisemitic comments, the U.S. Senate confirmed Elizabeth Frawley Bagley to the post of ambassador to Brazil on Wednesday.

The nomination has been blocked in June by the Senate Foreign Relations Committee in a tie, party-line vote. It came after comments by Bagley, a longtime diplomat and Democratic Party donor, were uncovered by The Washington Free Beacon.

Bagley's nomination was suddenly discharged by the committee last week. Her full Senate confirmation came in a voice vote, in which the names of the senators and the tally of votes are not recorded.

In a 1998 interview, Bagley said that money was the reason American lawmakers support Israel and the idea of moving the U.S. embassy to Jerusalem was "stupid."

According to the context of the interview, taken for an oral history project at the Association for Diplomatic Studies and Training, Bagley appeared to be referring to AIPAC and similar groups when she said, "The Democrats always tend to go with the Jewish constituency on Israel and say stupid things, like moving the capital to Jerusalem always comes up." She added that support for Israel causes is mainly due to "the Jewish factor, it's money."

Bagley's statements were from an interview for an oral history project at the Association for Diplomatic Studies and Training, where questions from the interviewer prompted her to speak on the effects Israel advocacy supposedly has on American politics.

"There is always the influence of the Jewish lobby because there is major money involved," Bagley said about the Clinton administration. "But I don't remember any major issues coming out on that, besides the usual 'Make Jerusalem the capital of Israel,' which is always an issue in the campaign."

Democrats took Bagley to task for the comments during her nomination hearing. Jewish Senator Ben Cardin (D-Md.) said Bagley's comments were cause for concern.

"The choice of words fits into the traditional tropes of antisemitism. And I know your background, I know who you are, and it is just language that we would think that as a diplomat-you had then been ambassador to Portugal-that your language would have been more guarded than that," Cardin said.

Bagley responded that she regretted her "poor choice of words" and "none of them reflect any of my thinking then or now."

"Explain to me what you meant by that. Is it a suggestion that one group of Americans don't have the right to engage in the political process as others do?" asked Menendez, a Cuban American and, like Cardin, a pro-Israel Democrat.

At the time, the Republican Jewish Coalition and the Zionist Organization of America called on the Biden administration to withdraw Bagley's nomination. JNS has reached out to both organizations, along with the offices of Menendez and Cardin, for comment.